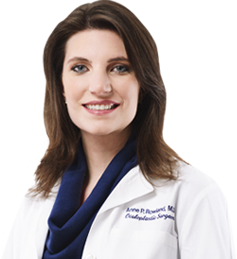 Thyroid eye disease (TED) is the most common cause of orbital inflammation and proptosis (bulging eyes) in adults, accounting for approximately 40% of all orbital disease. At least 80% of TED is associated with Graves’ disease (GD), one of the most common endocrine abnormalities in the world. Fifty to ninety percent of GD patients develop clinically evident, symptomatic, TED. GD and TED affect over 20 million previously healthy and productive adults in the United States alone. The peak incidence is in the fourth and fifth decades but may affect any race and any age.

Stabilization typically occurs in the second or third year but may be delayed in:

All of the above may interfere with driving, reading and computer use.

TED is an autoimmune disease where your body is treating the tissues around the eye as foreign and attacking them.

The complex science as we know it today:

Graves’ disease is a systemic autoimmune disease associated with dysregulation and over activity of the thyroid gland, and extensive remodeling of orbital and pretibial dermal connective tissues. The pathogenic relationship between the thyroid dysfunction and inflammation of the orbital tissues is an enigma. The immune response in TED is both humoral and cell-mediated. Monocytes, lymphocytes and mast cells are known to participate but the mechanism for the activation and trafficking of these cells is unknown.

The acute phase clinical features of TED result from mononuclear cell (primarily lymphocytes) infiltration of the orbital fat, extraocular muscles and periorbital tissues. The site specific response, in the orbit and pretibial dermis, to the systemic disease is explained in part by the unique phenotype of the resident fibroblasts which in the setting of TED respond to pro-inflammatory cytokines at a 100-fold greater rate than abdominal fibroblasts. In TED, orbital fibroblasts orchestrate the recruitment of immuno-competent cells and initiate tissue remodeling. Activated fibroblasts drive the disease process through expression of molecular mediators including cytokines and chemoattractants, that both promote ongoing inflammation and immune recruitment.

Orbital fibroblasts, in TED, promote the accumulation of the glycosaminoglycan, hyaluronan, in the orbital fat and extraocular muscles in response to proinflammatory mediators. Inflammation-mediated production and accumulation of orbital glycosaminoglycans is the hallmark of active TED. The highly charged, hydrophilic, hyaluronan molecules attract water, and thereby contribute to orbital tissue expansion and orbital congestion. Orbital soft tissues are further expanded through the enlargement of the intraconal fat compartment by proliferation of pleuripotent preadipocyte fibroblasts acting under the same inflammatory stimulation. Soft tissue expansion results in proptosis, restricted eye muscle movement and, in some patients, optic neuropathy. Irreversible changes in orbital dynamics occur through the third mechanism of fibroblast activity, fibrosis, occurring at the level of the fibrovascular matrix of the orbital soft-tissue. Consequently, the inflammatory events mediating orbital fibroblast activation are an attractive therapeutic target.

What is TSI and Why is it Tested?

Thyroid stimulating immunoglobulins (TSI), in contrast, have been found in more than 90% of patients with active Graves disease and in 50-90% of euthyroid (normal thyroid function) TED patients.

The eyeball (globe) sits in a bony space called the orbit (see below). The orbit contains fat, nerves and muscles that move the globe. During thyroid eye disease the muscles become larger and the fat is expanded causing the globe to bulge outwards (proptosis).

If proptosis is severe and/or accompanied by optic nerve compression, surgery may be necessary to restore the position of the globe in the orbit. Options include creation of windows in the bone (bone decompression) or removal of fat behind the eyeball (intraconal fat decompression).

If decreased vision is due to the muscles compressing the optic nerve – compressive optic neuropathy – management options include oral or intravenous corticosteroids for temporary improvement. But definitive treatment is either external beam radiation (in non-diabetic patients without significant proptosis) or orbital decompression.

Exophthalmos (ex-ahf-thal-mos) also know as Proptosis (prop-toe-sis) means protrusion of the globe (eyeball). A Hertel’s tool is used to measure the amount of proptosis.

Lagopthalmos (lag-ahf-thal-mos) means that the eyelid cannot completely close, leaving the surface of the globe exposed

Eyelid Retraction means that there is a space between the lid and edge of the iris.

Strabismus means that eyes are not aligned. Inflammation and enlargement of the eye muscles can pull/push the eye in different directions such that each eye sees a different image, and this can cause double vision.